How to Expand Your Territory. 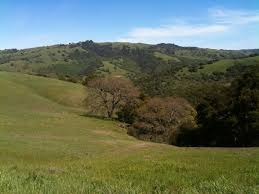 ( 1 chronicles 4: 9-10) Jabez was more honorable than his brothers. His mother had named him Jabez,saying, “I gave birth to him in pain.” Jabez cried out to the God of Israel, “Oh that you would bless me and enlarge my territory! Let your hand be with me, and keep me from harm so that I will be free from pain. And God granted his request.

Every time Jabez heard his name, he heard it as sorrow, grief, pain.  It reminded him, how unfortunate he was. There was nothing he could do. Today of course we can change our names. It seems Jabez didn’t think of that, neither he cursed his mothers or God.  He had all the reasons to do so.   Even if he had done, nobody would have found fault with him. Bible says he is honorable.

Instead of sinking in his depraved condition, he turned to God.  In his distress, as David he cried unto God. What would we do if we had been in that situation?

He was bold to keep his pain before the throne of grace. He had the confidence that God would answer. He freely spoke his mind before God.

He approached God in faith, without any fear or inhibition. He knew only God had the answer to his problem. We need to go to God fearlessly, and ask him to bless us. We need His blessings. Without His blessing we are helpless. He has promised to bless us. Say now to the Lord, I need your blessings so that I can serve your better.

2. He also prayed “enlarge my territory”.

God can and will enlarge you, if you ask him specifically. You need to tell the Lord your real need.  It’s not a selfish demand. When your ministry is enlarged, you can touch more people with His love.

He understood without God’s help and empowering, he could achieve nothing. He asked God’s protection and wanted to be free from pain.  Let us boldly draw near to God and ask Him to protect and guide us with His mighty hand.

Be confident like Jabez and draw near to God, to enjoy, love and serve Him.